Are you looking for a general surgeon in Barcelona?

Turó Park Clinics' General and Digestive Surgery Department is staffed by specialists dedicated to the surgical treatment of digestive, endocrine and abdominal wall diseases, as well as skin, breast and soft tissue in general. These specialists use the latest scientific and surgical advances available for the treatment of various conditions, allowing them to perform advanced minimally invasive surgery.

If you require general surgery, please feel free to make an appointment with our team for personalised care, in your own language.

Make an appointment with our general surgeon
Reimbursement
Do not hesitate to contact us to find out more about the coverage of your mutual insurance company.

What is general surgery?

General surgery is a surgical specialisation. It is concerned with the diagnosis and treatment of pathologies, injuries and deformities of the musculoskeletal system, blood vessels, rib cage, internal organs, but also involves a wide variety of organs and systems such as the skin, breasts, endocrine system and soft tissues in general.

Despite the term "general", these surgeons are highly skilled professionals and experts in the resolution of complex pathologies, such as advanced tumours, and are able to coordinate with other specialties in a multidisciplinary approach to the patient's problem.

What procedures are performed by a general surgeon?

Several surgical techniques can be used in general surgery, depending on the type and severity of the pathology: 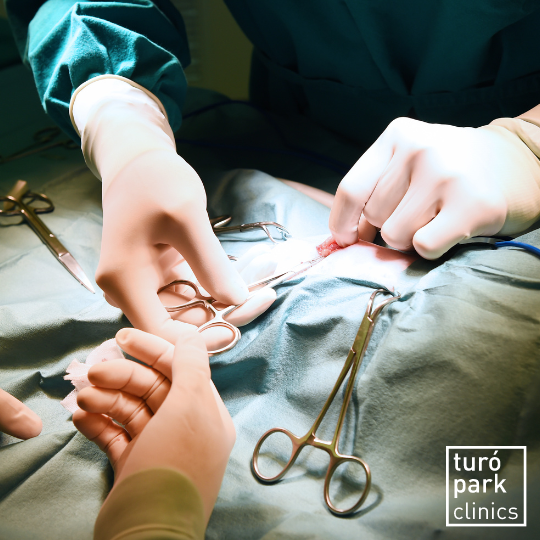 In which diseases does the general surgeon intervene?

Here are the main diseases that fall within the scope of general surgery:

Appendectomy, the removal of the appendix, is a simple operation usually performed by general surgeons, whether it is an emergency or not. Appendicitis is an acute inflammation of the appendix, with an increase in pressure inside the appendix that can lead to rupture and consequent peritonitis.

A granuloma is a small area of inflammation in a part of the body (skin or other organs) that can be caused by a number of different things. They are usually benign and the problem is treated by removal.

When gallstones cannot be dissolved, for example by lithotripsy, the only option is surgery to remove the gallbladder.

They can be of different types (crural, umbilical, inguinal, etc.) and are caused by a part of the intestine or oesophagus slipping out of its natural position. Many of them cause only occasional discomfort and symptoms, but the only definitive solution is surgery, which is used when the hernia permanently affects the functionality of the digestive system.

Cysts are pockets that can form in different tissues of the body, containing a liquid or semi-solid, the nature of which depends on the origin of the cyst. In both cases, they are surgically removed.

Changes in the thyroid gland

Pathologies related to the thyroid gland (hyperthyroidism, goitre, etc.) sometimes require a surgical solution, which is usually performed by the general surgeon.

An intestinal obstruction occurs when there is a mechanical interruption of intestinal transit in a part of the small intestine, caused by the existence of adhesions due to a previous surgical operation or other causes, such as the existence of a tumour. The most obvious symptoms are abdominal pain and bloating, and an inability to defecate. Surgery is used to solve the problem when other treatments have failed.

Adhesions usually form after abdominal surgery. They are scar tissue that sticks the bowel to the abdominal wall, to other loops of bowel or to another organ and can cause the bowel to twist and become obstructed.

When to consult a general surgeon?

Referral to a general surgeon is usually based on the opinion of the attending physician and/or specialist depending on the condition the patient is suffering from: hepato-gastroenterologist, oncologist, proctologist, endocrinologist, gynaecologist, urologist, etc...

The general surgery team at Turó Park Clinics is trained to act at any time and in all the pathologies that fall within its scope, whether they are medical emergencies or not. If you have any of the problems described above or symptoms that may suggest any of these pathologies, you can consult our specialists, carry out the necessary tests and receive the most appropriate treatment.

Depending on the surgical technique chosen by the surgeon, you can be treated directly in our Turó Park Clinics operating theatre, or in one of our partner clinics.

What are the subspecialties of general surgery?
The subspecialties of general surgery include pancreatic, oesophageal and rectal subperitoneal surgery, major liver surgery and bariatric surgery.
What is the most painful surgery?
General and digestive surgery, traumatology, gynaecology, urology and otorhinolaryngology are the specialties whose surgical procedures are considered the most painful.
How long does it take to wake up after a general anaesthetic?
The recovery time can vary from a few minutes to a few hours after the end of the operation. Unlike the anaesthetics used in the past, which lasted all day, this type of medication is now more modern and more effective. 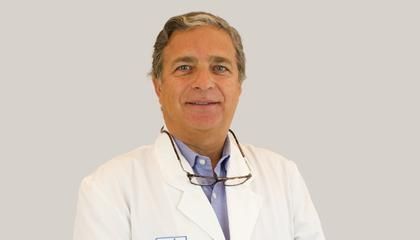