Lack of menstruation (amenorrhea), heavy bleeding (hypermenorrhea), menstrual cramps (dysmenorrhea), all menstrual disorders that should be diagnosed and treated by a gynecologist.

On average, women menstruate 400 times in their lives. Menstruation is part of a natural hormonal cycle, but it often gives rise to problems and symptoms that sometimes severely handicap women.

Menstrual disorders occur when periods are too heavy or too light, last too long, occur too often or are irregular. Fortunately, there are solutions to limit the symptoms and sometimes even to cure menstrual disorders permanently.

Do not hesitate to make an appointment with one of our English-speaking gynaecologists for a complete, caring and long-lasting treatment of your menstrual cycle disorders.

Book an appointment with a gynecologist
Reimbursement
Do not hesitate to contact us to find out more about the coverage of your mutual insurance company.

What is a menstrual disorder?

The term menstrual cycle refers to phenomena that occurs in women that allows the body to prepare for a possible pregnancy. This cycle depends on the overall hormonal balance, particularly the hormones LH and FSH, which stimulate the ovaries and the production of oestrogen and progesterone.

Menstruation occurs at the beginning of the menstrual cycle, but its duration, intensity and timing vary from woman to woman. Some women have light menstrual bleeding for a short time, while others have heavy bleeding that lasts longer. Menstruation can also change over the course of a lifetime.

Menstrual disorders are abnormalities in the functioning of the menstrual cycle that mainly affect menstruation. They can take different forms: painful, heavy, irregular or no periods at all. 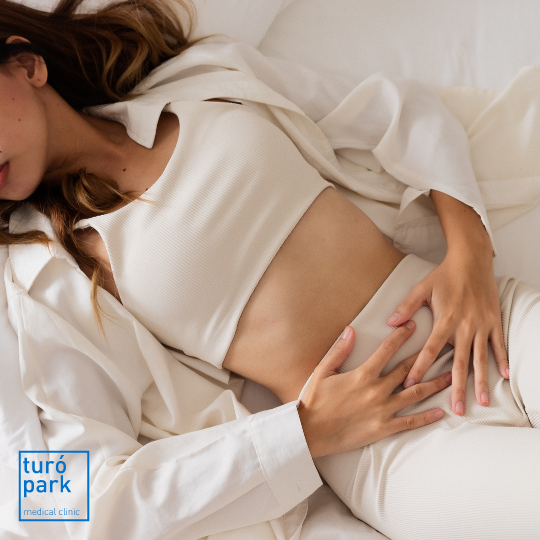 What are the different menstrual disorders?

It is possibly the most commonly known and experienced of the menstrual disorders. Premenstrual syndrome (or PMS) comprises of a series of physical and psychological symptoms that start a few hours to several days before the period, and usually disappear soon after its arrival.

The most common symptoms of PMS are:

Premenstrual syndrome is thought to affect 20-40% of women of childbearing age, with symptoms varying in intensity. Approximately 5% suffer from a severe form of PMS called premenstrual dysphoric disorder.

Dysmenorrhoea is pain in the lower abdomen that precedes or accompanies menstruation. It may be accompanied by headaches, nausea, vomiting, diarrhoea or fatigue.

Dysmenorrhoea may have no identified cause or may be related to another disorder: endometriosis, uterine fibroids, genital tuberculosis, cysts and tumours in the ovaries, congenital abnormalities, the use of a copper intrauterine device, etc.

Depending on the cause of the dysmenorrhoea, it can be treated with non-steroidal anti-inflammatory drugs, antispasmodics, hormone treatments, but also with non-medicinal measures such as placing a hot water bottle on the stomach, acupuncture or relaxation exercises.

Absence of menstruation or amenorrhoea

The absence of menstruation can have several causes:

If the amenorrhoea is caused by another disorder, this should be treated where possible.

If a girl has not yet had her first period and all tests are normal, she is examined every 3-6 months to monitor the progress of her puberty. She may be prescribed a progestin and sometimes oestrogen to trigger the onset of menstruation and to stimulate the development of secondary sexual characteristics, such as breasts.

Menorrhagia, also known as hypermenorrhoea, is the occurrence of abnormal uterine bleeding during the normal period.

The amount of blood normally lost during menstruation is on average 2 oz (4 tbsp) and the usual duration of menstruation is between 3 and 7 days. A woman with menorrhagia may lose up to 3 oz (6 tablespoons) or more and sometimes over 7 days.

Hypermenorrhoea can have several causes:

Treatment of menorrhagia will depend on the cause but often includes taking a progesterone derivative to regulate the menstrual cycle.

Bleeding outside the period or metrorrhagia

Breakthrough bleeding is bleeding that occurs between periods. Most of the time, this spotting is not serious.

This bleeding can be caused by a range of factors, including:

Again, the solutions depend on the causes of the metrorrhagia. Once the diagnosis has been made, the doctor will propose an appropriate treatment (surgery, antibiotics, etc.).

How are menstrual disorders diagnosed?

Menstrual disorders all display certain abnormal symptoms that are specific to the pathology that must be diagnosed. This diagnosis is essentially based on an in-depth interview with the patient, carried out in order to understand the manifestations of the disorder, its evolution and the associated symptoms.

A gynaecological examination can also provide some answers.

Imaging examinations such as pelvic ultrasound, pelvic MRI on one side or hypothalamic-pituitary MRI on the other can also provide important information.

In any case, if you feel that your period is interfering with your social life, or that your cycles have changed, do not hesitate to talk to your doctor or gynaecologist.

When to worry about not having your period?
If your menstrual cycle is usually regular, you may find that your period is late by more than 5 days. This means that if you are 1 to 5 days late, you can wait a little while before you start to worry. After which you can get in touch with your GP about possible causes.
What is the difference between the signs of menstruation and those of pregnancy?
The most significant pregnancy symptom is the absence of menstruation. Tension in the breasts, nausea, tiredness and hunger may be perceived as symptoms of pregnancy, when in fact they are only signs that menstruation is imminent.
How to combat premenstrual syndrome?
A healthy, balanced diet, exercise and good stress management can prevent the exacerbation of PMS symptoms. 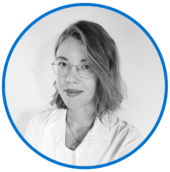 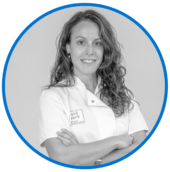 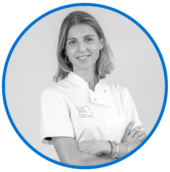