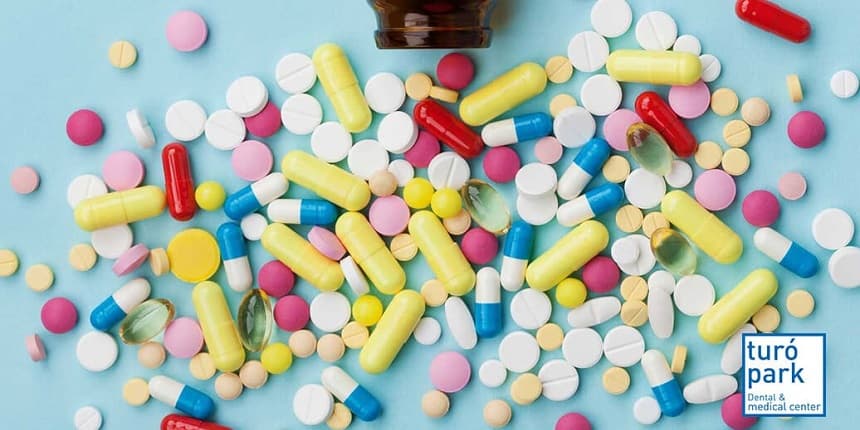 The Correct use of Antibiotics

Do you know that Alexander Fleming discovered penicillin, the first natural antibiotic, in 1928 and that sometimes the term antibiotic (which means “opposing life”) is used to refer to any substance used against microbes!?

Antibiotics are a commonly prescribed type of medication that combat bacteria.

Antibiotics are powerful medicines that fight certain infections and can save lives when used properly.

They either stop bacteria from reproducing or destroy them.

There are occasions, however, when the number of harmful bacteria is excessive, and the immune system cannot fight them all. Antibiotics are useful in this scenario.

There are several types of modern antibiotics, and they are usually only available with a prescription in most countries. Topical antibiotics are available in over-the-counter creams and ointments (OTC).

Do not stop a course of antibiotics halfway through. When in doubt, approach you doctor for advice.

People usually take antibiotics by mouth. However, doctors can administer them by injection or apply them directly to the part of the body with infection.

Most antibiotics start combating an infection within a few hours. It is important to complete the whole course of medication to prevent the return of the infection.

Stopping the medication before the course has finished means that there is a higher chance the bacteria will become resistant to future treatments. This is because the ones that survive have had some exposure to the antibiotic and may consequently develop resistance to it.

An individual needs to complete the course of antibiotic treatment even after they see an improvement in symptoms.

Do not take some antibiotics with certain foods and drinks. Take others on an empty stomach, about an hour before meals, or 2 hours after. Follow the instructions correctly for the medication to be effective. People taking metronidazole should not drink alcohol.

Avoid dairy products when taking tetracyclines, as these might disrupt the absorption of the medication.

There is concern that antibiotics are being overused, and that this overuse contributes toward the growing number of bacterial infections that are becoming resistant to antibacterial medications.

According to the Centers for Disease Control (CDC), outpatient antibiotic overuse is a particular problem. Antibiotic use appears to be higher in some regions, such as the Southeast.

Use of carbapenems, a major class of last-line antibiotics, increased significantly from 2007 to 2010.

“Then there is the danger that the ignorant man may easily underdose himself and by exposing his microbes to non-lethal quantities of the drug, make them resistant.”

As predicted almost 70 years ago by the man who discovered the first antibiotic, drug resistance is starting to become commonplace.

How do antibiotics work?

There are different types of antibiotic, which work in one of two ways:

Antibiotics commonly cause the following side effects:

Less common side effects of antibiotics include:

Some people may develop an allergic reaction to antibiotics, especially penicillins. Side effects might include a rash, swelling of the tongue and face, and difficulty breathing.

Allergic reactions to antibiotics can be immediate or delayed hypersensitivity reactions.

Anyone who has an allergic reaction to an antibiotic must tell their doctor or pharmacist. Reactions to antibiotics can be serious and sometimes fatal.

Antibiotics are not effectives against viruses.

A doctor prescribes antibiotics for the treatment of a bacterial infection. It is not effective against viruses.

If you have an infection, it is important to know whether it is bacterial or viral.

Viruses cause most upper respiratory tract infections, such as the common cold and flu. Antibiotics do not work against these viruses.

If people overuse antibiotics or use them incorrectly, there is a risk that the bacteria will become resistant. This means that the antibiotic becomes less effective against that type of bacterium, as the bacterium has been able to improve its defenses.

In some cases, antibiotics may be given to prevent rather than treat an infection, as might be the case before surgery. This is called ‘prophylactic’ use of antibiotics. People commonly use these antibiotics before bowel and orthopedic surgery

You should always see a Doctor before taking antibiotics to make sure you really need them. Book your appointment a Turó Park Medical Center.

Happy to celebrate the 3000th patient!