Turó Park ClinicsBlogHealthMonkeypox virus: everything you need to know 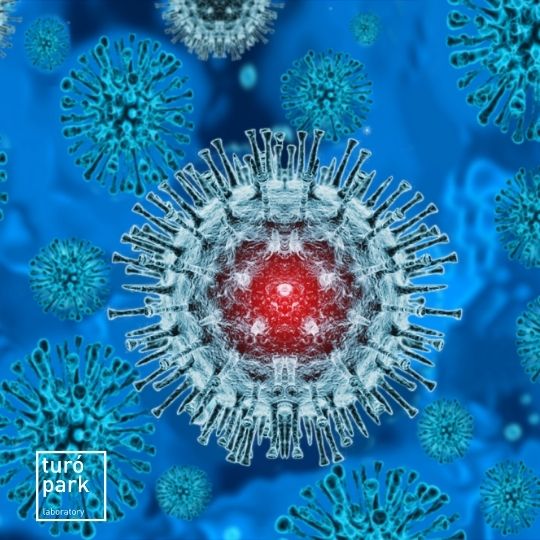 Monkeypox virus: everything you need to know

Following the report of the first suspected case of monkeypox in Catalonia this week, we have outlined all of the important information that you need to know regarding this virus.

What is the monkeypox virus?

Monkeypox is a viral zoonotic disease, a virus that is transmitted to humans from animals, that has been recently detected within European countries, including a suspected case this week in Catalunya.

It usually occurs primarily in tropical rainforest areas, associated with areas of central and west Africa, but is occasionally transmitted to other regions.

You can find detailed information from the WHO website.

If in doubt, you can book an appointment with our specialist general practitioner Dr. Marie Borgne-Renié, who is available in-clinic and online by video consultation. 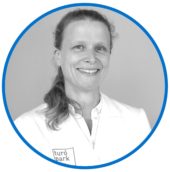 What are the symptoms of the monkeypox virus?

First of all, although the symptoms are similar to those seen in smallpox patients (eradicated in 1980), it is clinically less severe and in most instances will heal itself over time.

Importantly, before the appearance of symptoms, there is an incubation period that ranges between 5-21 days which is an interval between original infection and the onset of symptoms.

Monkeypox then typically presents itself first as the following signs:

A rash usually appears 1 to 5 days after the first symptoms. The rash is known to be concentrated on the face, often beginning there, then spreads to other parts of the body. This can affect the palms of the hands, soles of the feet and the genitals, amongst other zones.

The rash starts as raised spots that progress to fluid-filled blisters that later fall off as scabs.

How is the monkeypox virus transmitted?

Despite the name, the virus has previously been detected in a range of animal hosts such as rodents, primates and stray dogs.

As the infection can spread through close contact, it's important to isolate it if you're diagnosed with it. A video consultation with your GP can help you gain access to all of the information you need, while staying safe and reducing the risk of further transmission.

Furthermore, it is possible to seek advice from an infectious diseases specialist.

How to prevent the contraction of monkeypox virus?

There are some simple precautions that everyone can take to avoid the further spread of this mild and rare virus:

If someone is suspected to be unwell or ill, avoid close contact and the sharing of bedding or towels.

Is there a cure for the monkeypox virus?

Monkeypox is a self-limited disease, affecting infected people for 2 to 4 weeks after which it eventually runs its course without any external influence.

However, if you are concerned about this condition, want to seek advice, diagnosis or have a vulnerable immune system, it is recommended to get in touch with your GP or a certified specialist. They will be able to advise you in the most informative and safe way. Due to the nature of the contact-transmission a video consultation is recommended.

Is the monkeypox virus dangerous?

Monkeypox is usually mild, being clinically less severe than the past smallpox outbreaks, and in the majority of infected people it will be healed within a few weeks.

However, severe cases can occur. Recently, the fatality ratio has been around 3-6% according to WHO.

Is there a vaccination for the monkeypox virus?

Historically, the vaccination administered for smallpox (since eradicated in 1980) provided some sort of protection against this similar virus (85% effectivity according to WHO), however there has since been a cessation of the vaccination campaign globally due to its eradication.

Therefore, and as an effect, people younger than 40-50 years may be less immunologically protected. This is reflected in the fact that the fatality ratio of monkeypox has been higher in young children.

Source: WHO, the number of cases between 13-21 May shown on a european-focused map. 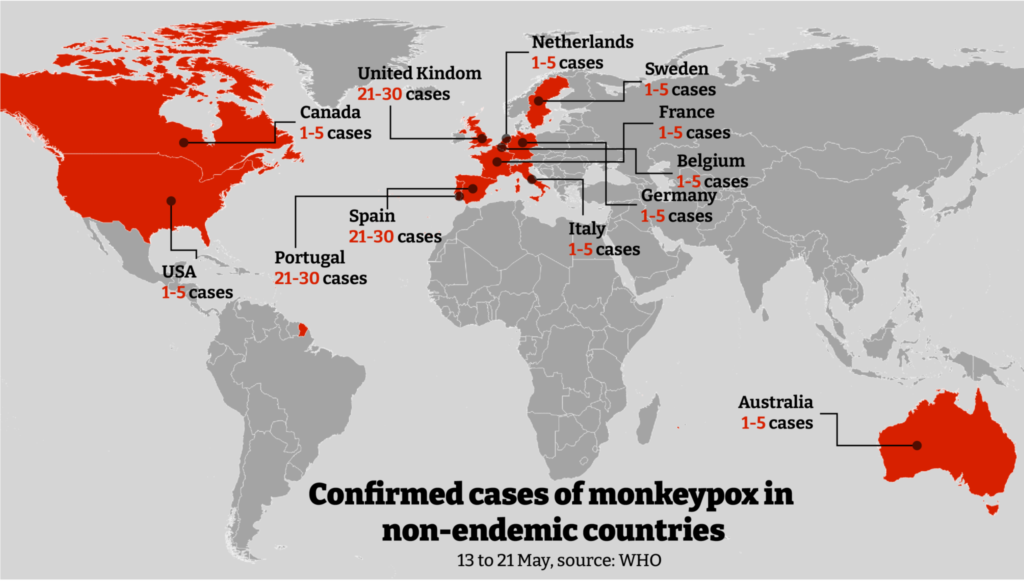